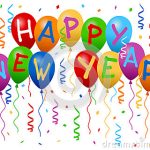 Being in Asia, there is little in the weather which tells you that we are once again in the month of January. The festive holiday season is now just behind us and you may have thought of your own personal New Year’s resolutions. It’s the time for reflecting on the changes we all want in the coming year.

Have you made yours yet? What about one of these resolutions:

A study from the University of Bristol showed that 88% of those who set New Year resolutions fail. It was Albert Einstein who once said:

“I never think of the future.
It comes soon enough”

Mr. Einstein was a theoretical physicist and humanist widely regarded as one of the most influential scientists of all time. He is most famous for his General Theories of Relativity and won a Nobel Prize in physics. He is also credited for this nice one-liner:

“Life is like riding a bicycle.
To keep your balance you must keep moving.” 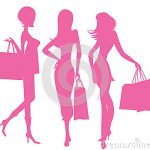 I meet many candidates who I thought wanted a career; turns out they just wanted paychecks. Improving your compensation is obviously one of the motivations to make a move. But honestly, the warm fuzzy feeling is usually only felt when you stand in front of the ATM machine and see the amount that pops up on your bank statement. Turn around, walk away, return to the office and the salary is but a distance memory.

Back in the real life, it’s all about the job, your boss, your colleagues. How much fun do you have? Let me share a nice little nice story that I have seen making rounds on the internet. And a wonderful twist with a surprise ending.

My best wishes to all readers for a peaceful year ahead. With or without New Year resolutions. Enjoy the story.

“A highly successful Human Resources Manager was tragically knocked down by a bus and was killed. Her soul arrived at the Pearly Gates, where St. Peter welcomed her.

“Before you get settled in,” St. Peter said, “We have a little problem. We’ve never had a Human Resources Manager make it this far before. We are not really sure what to do with you.”

“We’re instructed to let you have a day in hell and a day in heaven, and then you are to choose where you’d like to go for all eternity.”

“Actually, I think I’d prefer heaven”, said the woman. “Sorry, we have rules,” at which St. Peter put the HR Manager into the downward bound elevator. As the doors opened in hell, she stepped out onto a beautiful golf course.

In the distance was a country club, she saw many friends: past fellow executives, all smartly dressed, happy and cheering for her. They ran up and kissed her on both cheeks, and they talked about old times. They played a perfect round of golf and afterwards went to the country club where she enjoyed a superb steak and lobster dinner.

She met the Devil (who was actually rather nice) and she had a wonderful night telling jokes and dancing. Before she knew it, it was time to leave. She stepped into the elevator and went back up to heaven where St Peter was waiting for her.

“Now it’s time to spend a day in heaven,” he said. 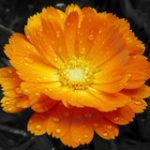 So she spent the next 24 hours lounging around on clouds, playing the harp and singing, which was almost as enjoyable as her day in hell. At the day’s end St Peter returned.

The woman thought for a second, “Well, heaven is certainly lovely, but I actually had a better time in hell. I choose hell.”

Accordingly, St. Peter took her to the elevator again and she went back down to hell. When the doors of the elevator opened she found herself standing in a desolate wasteland covered in garbage and filth. She saw her friends dressed in rags, picking up rubbish and putting it in old sacks.

The Devil approached and put his arm around her.

“I don’t understand,” stuttered the HR Manager, “Yesterday I was here, and there was a golf course and a country club. We ate lobster, and we danced and had a wonderful happy time. Now all there is, is just a dirty wasteland of garbage and all my friends look miserable.”

The Devil simply looked at her and smiled.

“Yesterday we were recruiting you, today you’re staff.”

Resumes lifted from job boards is not executive search

One in four employees plans to leave their employer after COVID