Over a thousand people took part in our recent research survey – thank you for your time and consideration. Now it’s time to reveal the results.

Let me tell you first, if you were ever in doubt, we are living in an employee-driven job market. It’s a seller’s market where the employees sell their expertise, experience and time. And, in such a market, it’s the buyers (employers) who need to be on their knees begging. 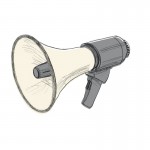 Most surprisingly was the result of how many are actively looking for a new job and how many are not. But let me first mention that the US Bureau of Labor Statistics says only 16 percent of the labour force is actively looking at any given time. The remaining 84 percent are passive or semi-passive (not looking but open to consider a good offer). 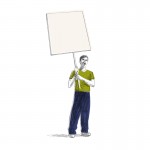 A LinkedIn survey in March, across 26 countries, showed that approximately 25 percent considered themselves active candidates who were searching for a new job at least a few times a week. But overall, 85 percent said they would be willing to talk with a recruiter or friend, and only 15 percent of the respondents said they would not change no matter what.

For the same question in Grant Thornton’s survey, 44 percent are actively looking, 54 percent are not active but will talk to a recruiter if contacted, and just one percent are completely satisfied with their job and wouldn’t change. Interestingly, this means that 99 percent of the surveyed population will be willing to change jobs if the right opportunity and offer come along. 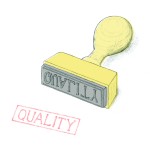 What my friends think I do – what do you think?

Is your HR leader respected by the senior leadership team?