Why is it such a surprise that many employee and employer relationships end in what I call “recruitment divorce’: Employee Leaves Employer.

It is said that 50% (or more) of marriages end in divorce. That’s a scary prospect that makes many think hard before proposing or walking down the aisle.

Love at first sight during the interview process often turns sour because the assessment was artificial and the employer fell for the candidate’s well-practiced dance.

Too many get duped into assessing presentation over performance. You have just been outmaneuvered by a candidate who had prepared better than you. Basically, you have fallen victim to the 4A syndrome.

I know the feeling. You have been hunting for that special talent for months. You received a decent resume. In front of you sits a person who is: 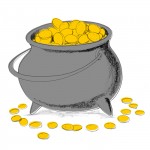 It’s your lucky day. You tell yourself to stop on the way home to buy a book of lottery tickets. You give yourself a shoulder-clap, good job, you!

But in fact, you should see it as a red alert, a warning of imminent danger. Here’s the problem when you get trapped and are fooled by a candidate’s presentation. You start talking too much; you use the rest of the interview to confirm that first impression; you stop probing and instead of asking tougher questions, you lift the foot from the pedal and go easy. You are now measuring style rather than substance, which is what you are paid to measure. Don’t forget that energy and enthusiasm are definitely not the same as motivation.

I’m sure you are familiar with the Seven Year Itch. A concept made famous in the film starring Marilyn Monroe. The film contains one of the most famous images in cinema history – Monroe’s dress blowing up over a subway grating. 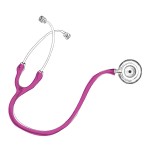 Do you see what I see? We are not only talking about the itch in terms of marriage. If you replace the word marriage with employment or recruitment, you have the reason for so many employees divorcing their employers.

Stupid things interviewers do include being arrogant and looking down on applicants or candidates coming for an interview (this is the number 1 cause of offer rejection). Other stupid policies that were normal 25 years ago include filling in application forms, rescheduling interviews, taking phone calls during interviews, keeping candidates waiting, being disorganised or asking silly questions, and talking 90% of the time because you were not prepared.

Are you hoping that your retirement comes before this monster of a shrinking work force really takes over, especially with Gen Y moving every two years? Everything points to a divorce rate in employment that will outpace the marriage divorce rate. 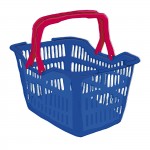 Our future in HR is bleak and offers little hope or excitement. However, the future for executive search firms is unbelievably promising; that is if you as a recruiter or company do not take the easy way out, meaning just shopping around for resumes on the internet.

Your future as a corporate or third-party recruiter is bright if you know how to cold call candidates, passing the gate keeper, and convincingly present your client’s or your line manager’s Employee Value Proposition and Unique Selling Points. Remember that these “cold” candidates have a job already and are showing no reaction to your question of whether they are interested in a new job. If you are not trained in selling job opportunities over the phone, or don’t use a well-drafted script that asks the right questions, you will not be successful.

David Packard, the co-founder of HR, says in his Packard’s Law:

No company can consistently expand revenues faster than its ability to accumulate enough of the right people to carry out growth and still become a great company.

European economies best at recruiting and retaining top talent; what about Thailand?

The truth about cheap recruitment fees