Any chance you have been to New York the last 12 months? Perhaps visiting McDonald on the corner of Third Avenue and 58th Street to get yourself a cheese burger?

So this is how it works at that particular McDonald restaurant; you go to a touch screen kiosk, click the food and beverage you want. You use your mobile phone to pay… then pick up your hamburger that has been grilled to perfection by a McRobot.

I was recently the key-note speaker at an event for the Young Professionals of the German-Thai Chamber of Commerce. I was talking about how the YP’s could possibly compete with the robots in the future job market.

What does McKinsey and World Economic Forum say

According to a McKinsey report, one third of the jobs created in the US over the past 25 years, did not exist at the beginning of these 25 years. In the coming years, companies that leverage technologies such as AI and IoT will create millions of new jobs. Believe it not, in the last 60 years automation has only eliminated one occupation: elevator operators.

According to World Economic Forum, it’s not only the industrial revolution which will impact our lives and disrupt the labour market. There are also things like climate change, the rise of the middle class in many emerging markets, aging populations, the changing aspirations of women as factors that will have significant impacts on jobs. 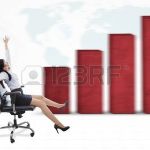 And most children entering primary school today will work in jobs that don’t even exist yet.

With millions of jobs at risk and a worldwide employment crisis looming, it is only logical that we should turn to education as a way to understand and prepare for the robotic workforce of tomorrow. The world desperately needs more Science, Technology, Engineering and Math graduates to remain competitive. What we call STEM education.

Both governments and private sector must invest in reskilling todays workforce. This could also provide lower to mid income workers a chance to improve their skill sets and then a better life.

We are going into a time, hopefully not of unemployment, but more of redeployment.  Jobs will not entirely disappear; rather, they will be redefined.

With more in STEM it’s not so much about being displaced by this revolution – but we will have smart people who can lead it.

Which jobs are at risk?

Most at risk are those which are on some level of routine, repetitive and predictable. Any task that takes no time to think about will be automated.

Telemarketing, calling out, is highly routine. Who have not been irritated by the robo-calls coming from your mobile operator. Loan officers at banks, cashiers, tax preparation, which involves systematically processing large amounts of predictable data. Lawyers like paralegals and legal assistants. Fast-food cooks… robots already flipping burgers.

What jobs will be safe from robots?

The first is jobs that involve genuine creativity, such as being an artist, being a scientist, developing a new business strategy. For now at least, humans are still best at creativity but there’s a caveat there. I can’t guarantee you that in 20 years a computer won’t be the most creative entity on the planet. We’ll see a job like CRO… Chief Robotics Officer.

The second area is occupations that involve building complex relationships with people: caring for others, doctors and nurses, personal trainers at Fitness First, or a business role that requires you to build close relationships with clients and employees. Being in management where you lead and motivate others.

The third area is jobs that are highly unpredictable – for example, emergency situations, disasters, or as simple as a plumber who is called out to fix your kitchen sink.

How can you prepare yourself for the change that’s coming? 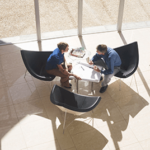 Financials advisors always tell us not to put all your money into one stock – a better strategy is to diversify your portfolio. This could be an example for how to manage your career; people must be looking to diversify their career.

You will have to become as agile as possible and have many forms of talent. In the future, we’ll all have seven or eight jobs, working for a number of companies at the same time rather than working for one big corporation.

I forgot to mention, the job with the least probability of automation. At 0.81% [data from The Future of Jobs] you should become a priest and then most likely have a job for life. Go for it.

Do you work for love and not money?