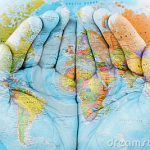 Switzerland, Denmark and Belgium top the World Talent Ranking in IMD’s prestigious annual report that assesses the methods countries are using to attract and keep the talent that their businesses need to succeed. 11 out of the top 15 economies are European countries.

The ranking of 63 countries, including Thailand, is based on how countries perform in areas of education, apprenticeships, workplace training, language skills, cost of living, quality of life, remuneration and tax rates.

IMD is Institute for Management Development in Switzerland. For almost thirty years, the IMD World Competitiveness Center has pioneered research on how countries compete to lay the foundations for sustainable value creation. For the result on Thailand, IMD has worked with TMA, Thai Management Association.

Countries in Asia including Thailand tend to invest less in public education but some countries enhance their local talent pool by attracting highly-qualified foreign professionals. This is particularly successful for a country like Singapore.

Thailand has chosen the least favourable on both accounts, years of neglect in proper education and language training is one huge banana skin for the country. There is no temptation from the powers to open up for more foreign experts who instead continue to be hampered by red tape in the immigration and labour departments. Thailand is ranked 62 out of 63 countries on the ratio pupils to teachers. 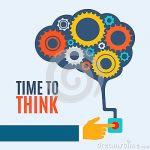 Denmark is the highest-ranking Nordic country overall at 2nd in the IMD World Talent Ranking. It is ranked 1st in the investment and development category, with a strong performance in expenditure on education (5th). The country ranks 10th in appeal, mostly because of its effective implementation of apprenticeships and the prioritization of employee training. Denmark is also ranked second for language skills.

While the Nordic countries perform well in some areas, they slightly lag behind other economies in terms of their appeal to foreign workers.

“At the same time, the Nordic countries remain difficult for foreign talent, mainly due to the high cost of living.”

Recruitment fraud is a serious problem for anyone hiring staff

There’s nothing wrong with having a gap between jobs