Your third-party recruitment company, or executive search firm calculate their service fee as a percentage of the successful candidate’s first year’s annual income.

But what is the percentage and what does annual income mean?

The percentage will typically vary from, and be anywhere in between, 15% and 35% and even up to 40%. A standard definition of annual income is the total of the gross salary per month before tax multiplied by thirteen months plus other monetary benefits such as fixed allowances times twelve (e.g. transport, mobile phone, housing). The thirteenth month represents any fixed and variable bonuses no matter how many months a client ends up paying.

A fixed allowance means a similar amount of money paid every month through the pay-slip and is considered personal income by the Revenue Department. In Thailand, we come across fixed allowances for transport (this could be 20,000 baht per month for a new car below one million in purchase price); mobile phone like 2,500 baht per month; and housing that could be set as a fixed percentage of 10% of the monthly salary.

If the candidate receives a sign-on bonus, this amount is also included in the fee calculation. In the event that the candidate is provided with a company car, the monetary value is added. Example: a Mercedes Benz is calculated as 40,000 baht x 12 months.

Finally, as part of the annual income definition, you may also come across recruiters who will include incentives, bonuses or commission as achieving 100% of key performance indicators, objectives, targets or similar.

A fee of 32% of the annual income equals around four months’ salary whereas a fee of 22% is around three months.

But as they say, the devil is in the detail. Attention must be paid to having all the facts that may not necessarily be seen clearly at first. Don’t jump to conclusions; don’t judge the quotation from the recruiter without enough information because you may reach the wrong conclusion.

In other words, the difference in fee when comparing three and four months may not be the full one month salary it looks like.

Admit it, the following Chinese proverb is no surprise to you:

The difference between a 32% fee (four months) for retained executive search in Thailand and a 22% fee (three months) for a recruitment company is like night and day.

Someone is pulling wool over your eyes; someone is misleading you in order to prevent you from knowing what is really going on behind the scenes.

What do you think? Leave a Reply. Cancel reply

I have known Tom for quite some years… too many to count, and my unbiased view is that Tom is without doubt, Thailand’s best Executive recruiter. All the best with your search.

Just read your article in Bangkok Post about Job resumes. It was a refreshing and informative read, much appreciated!

I would like to express my personal gratitude and thanks for you and your team good work and efforts. We benefited much from your professionalism. Looking forward to working on future opportunities together.

Just a quick, if belated note to thank you and your team for your work with us establishing the South East Asia Sales Team four our new subsidiary in Thailand. I would be the first to acknowledge that this was not a straight forward search and selection exercise and we appreciated your flexibility and advice in assisting us to work through alternatives to put a capable team in place. We have learnt a lot about employing staff in Thailand and the wider SEA region form the exercise. I would als…

I’m still very much enjoying your posts and look forward to reading them each week. We speak the same language!

You have indeed done a wonderful job all round, thank you for this ! Now we will see how well he will perform in his new role, I am excited for him to start and see this.

I still have yet to meet a headhunter with your dedication and intuition, and I will take every chance I can to refer you.

Tom has been guiding us successfully through the process with lots of engagement, in a very systematic manner and with a high level of personal integrity, unseen before.

I really enjoy working with you and think you are one of the best and most professional recruiters I have worked with. Looking forward to catching up.

President and CEOGlobal leader in industrial and commercial maintenance products

I have to express a huge thank you to you for the work done in pulling together the shortlist. We have been very impressed with the caliber of the candidates.

All the way to the top with Tom (see videos)

And Most Recent Posts 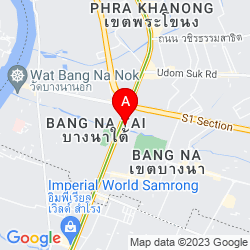 The BTS Skytrain (Bangna Station) is connected by an elevated walkway directly into Bhiraj Tower @ BITEC.

Search on this site